According to the Lunar calendar used in Vietnam, almost in parallel with the Gregorian Calendar, the 23rd day of the previous year’s 12th month, “The Day of Lares”, where the Lares come to see the Jade Emperor with a long report of every good and bad things that happened in a family during the year. Within a week, the Lares will return Earth and the new year will start. As a tradition, the 23rd day of the 12th month every year, “The Day of Lares” or “Ngày Cúng Ông Công Ông Táo” becomes an important occasion, being just one step apart from the new year. After this momentous instance, the festivities commence with fresh flowers, new house decorations, tasty New Year dishes and never-ending lines for homebound trains. 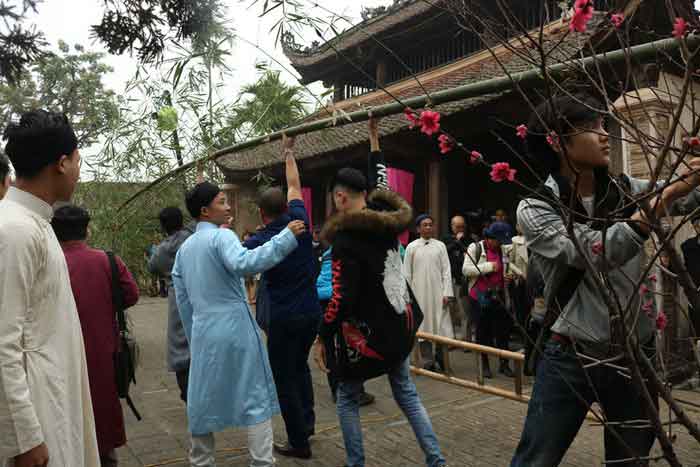 This year, the teams of Threeland Travel and Gray Line Cruise contributed partly in financing and organizing a festival in Le Mat Village, starting right before ‘’The Day of Lares’’, in order for the Lares to contentedly come to the Jade Emperor with a satisfying report of the prosperous year after all the festivities. The festival’s key event is called “Dựng Cây Nêu” – an ancient tradition that sees the erection of a sacred stick of bamboo tree with traditional decorations to exorcise evil forces. 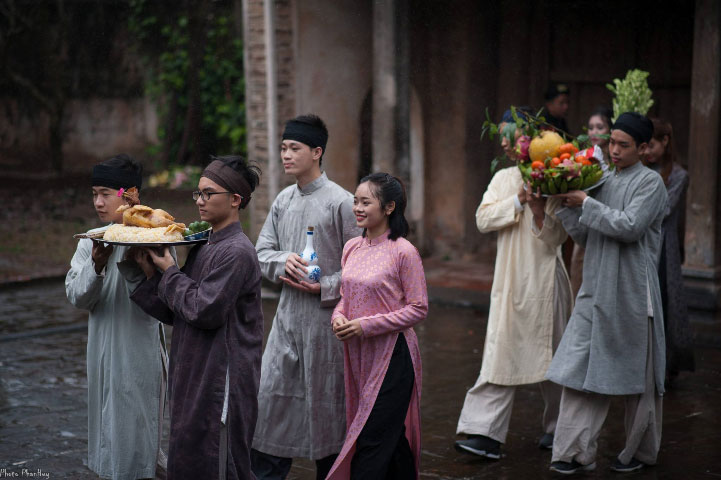 Credit to Dinh lang Viet group and THREELAND’s tourguides:Ritual of bringing offerings to the God of the village

With the ambition of hosting Tết customs to keep traditions alive and developed, erecting Cây Nêu is always considered a key activity of the festival. The bamboo tree will have most of its leaves stripped, except for a tuft at the treetop, where many traditional terra-cotta objects hangs, including bows, arrows, small bells, gongs, leaves and fishes – which are familiar to the water-rice cultivating farmers, all of which will create enchanting viral sounds to exorcise the evil forces. And finally, Cây Nêu will be erected on a ground with holy drawings of bows and arrows underneath made of lime. At 09.30am sharp, Cây Nêu should already be erected by the hands of respectable and reputable people of the village as well as organizers of the festival.

Hundreds of people flocks into Le Mat Village, joining not only the time of erecting Cây Nêu, but multiple activities afterwards, including dozens of folklores like Hat Xam (the songs of wandering artists sitting on a mattress), Hat Xoan (Spring songs with dances performed by young and beautiful artists), or Cheo (a kind of very solemn and romantic countryside folklore speaking of long stories and legends). 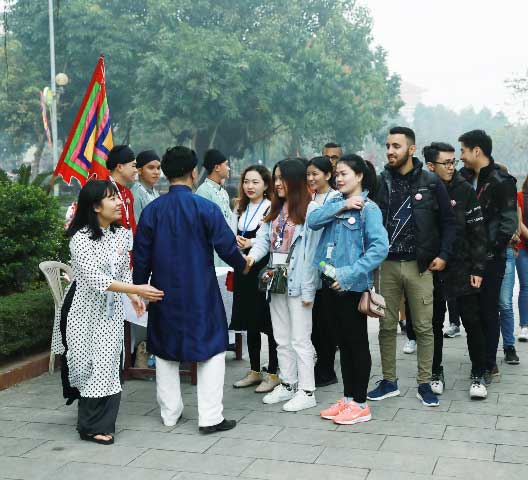 About 40 foreign students and researchers living in Hanoi have also attended the festival, which they will never forget about and will definitely return in the coming year. “I feel comfortable in this traditional long dress for Vietnamese men,” Eric Armand from USA told Việt Nam News, “Especially for this weather. I like it a lot! There is a big population of Vietnamese in the US, but not many people celebrate the Lunar New Year. Here I see everyone prepare for the new year for a week. The atmosphere is great.”.

“In my country we don’t eat pork’, said Akram Abu Fayyeh from Palestine the previous day when he walked around with the Club of Viet Communal House members, ‘But this is the first time I have taken part in various customs for the traditional Tết in Vietnam,” Akram Imad Abu Fayyeh from Palestine said. He has studied Vietnamese at Hanoi National University for three months, and, to show how excited he was, Akram requested to join hands in bringing Cay Neu into the place. 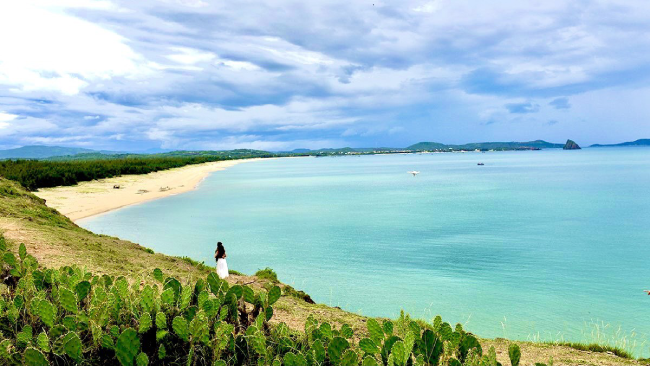 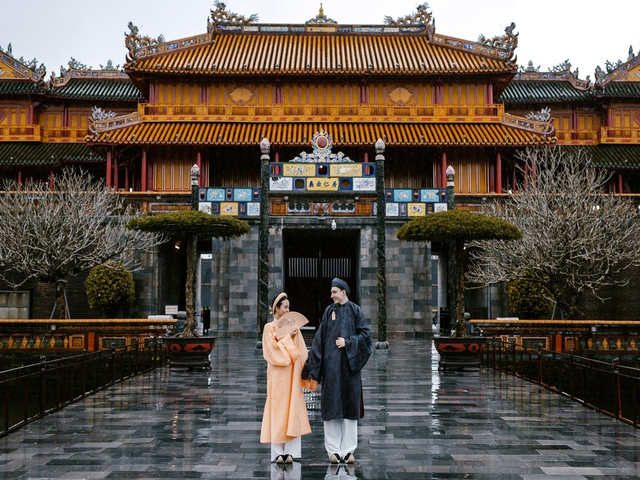 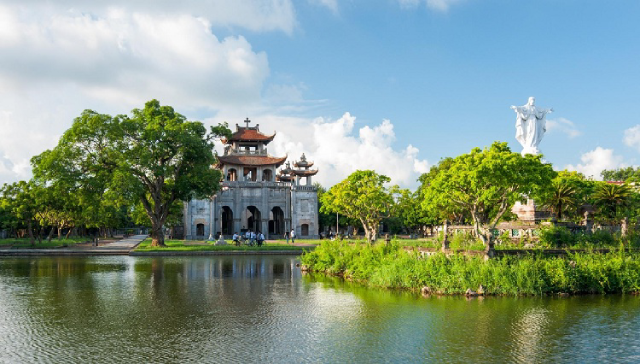