Day Tour To Hoa Lu And Trang An

Spend a wonderful day at the UNESCO heritage complex of Ninh Binh - the ancient capital city of Vietnam. Visit the old temples of ancient capital and enjoy natural beauty and the scenic karst formations by boat trip.

Pick up at your hotel and transfer to Ninh Binh. On the way, the sceneries of Vietnamese paddy-field countryside gradually appear, from which you will get to know more about Far East’s culture. Upon arrival, spend time to visit the shady Dinh and Le temples, dedicated to King Dinh & King Le reigned in 10th century.

After local lunch, we move to nearby Trang An, a UNESCO World Heritage site known for its outstanding natural beauty and the scenic karst formations. Board a small boat and meander lazily down the peaceful river while passing through a series of caves: Sang Cave, Toi Cave, Ba Giot Cave, Nau Ruou. Back to Hanoi late afternoon and drop off at hotel. End of service. 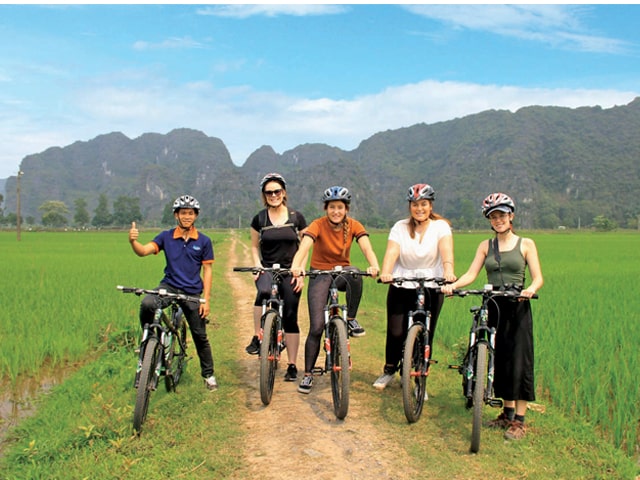 Day Tour To Hoa Lu And Trang An