A Day To Hoa Lu And Tam Coc

Known as Ha Long Bay on land, you will be amazed by the incredible landscape of Ninh Binh. Not only famous for the stunning view, but also an attracted place for who loves history. Starts the journey with a trip full of knowledge to Hoa Lu ancient capital to know about one of the honorable dynasties of Vietnam. Then drops thinking and gets deep in the spectacular landscape of Tam Coc Cave. Feel the peaceful atmosphere of the place, observe amazing achievement of Mother Nature, and know more about magnificent land.

Pick up at hotel and transfer to Ninh Binh, one of the oldest capitals of Vietnam. The area is featured by lots of well-known sceneries, which include Tam Coc caves and Hoa Lu ancient capital with the old temples dedicated to King Dinh & King Le reigned in 10th century. The visit in Ninh Binh starts by a visit to the shady Dinh and Le temples, the site that used to be the kings’ palace in 10th century.

After local lunch, further discovery in Ninh Binh will be continued by a boat trip in Tam Coc where spectacular limestone karsts jut out from the green paddy fields reminding about Guilin (China) and Halong Bay of Vietnam, which gives this scenery the name “Halong-bay-on-land”. Back to Hanoi late afternoon and drop off at hotel. End of service. 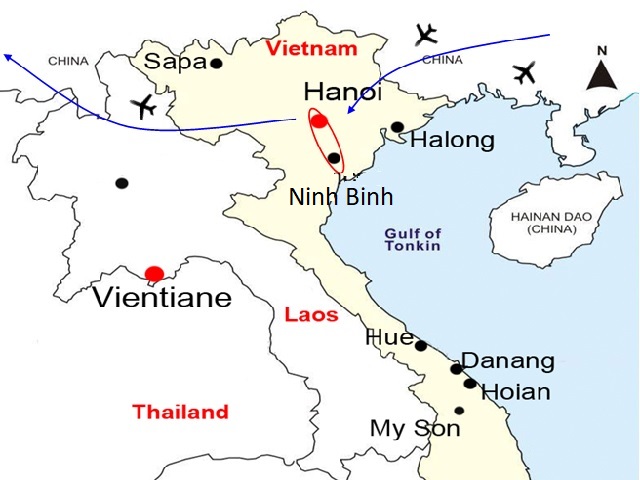 A Day To Hoa Lu And Tam Coc