Treat yourself with a memorable trip to Angkor and explore its corners and mysterious temples of exceptional value.

Tour guide and driver will pick you up at hotel. The tour start by visiting Small Circuit including: visit Ta Prohm temple which is a wonderful combination of human genius and natural beauty. Giant trees have grown here for centuries and Prasat Kravan was originally constructed by noblemen rather than a king. Banteay Kdei was built in sandstone, which has deteriorated quite badly. However, there remain some very beautiful lintels and pediments. Srah Srang is a royal pool was the King's bathing pond, where he washed with his many concubines each day.  Takeo - King Suryavarman I commissioned this temple in the 10th Century, but it was never completed so has no elaborate decoration like its contemporaries. It is a pyramid on 5 levels and is dedicated to Shiva. Thommanon - small attractive temple in very good condition, built at the same time as Angkor Wat. Chau Say Tevoda built during the second quarter of the 12th century opposite of Thommanon, it was dedicated to Shiva and Vishnu. Lunch at local restaurant.
Afternoon overland trip to visit the highlights of the Grand Circuit including: Preah Khan - meaning The Sacred Sword, this temple was also built by Jayawarman VII and is famous for its immensely long cruciform corridors and delicate carvings. Neak Pean - This temple is a delicate highlight of Khmer art. Built by Jayavarman VII, this temple is the perfect representation of the heavens on earth. Ta Som was a small classic Bayon style monastic complex consisting of a relatively flat enclosure. East Mebon was built in the 10th Century by Rajendravarman; this temple was situated on a small island in the middle of the Oriental, or Eastern, Baray. Last visit Pre Rup was built in the 10th Century by Rajendravarman and view lovely sunset there. Back to your hotel. End of services. 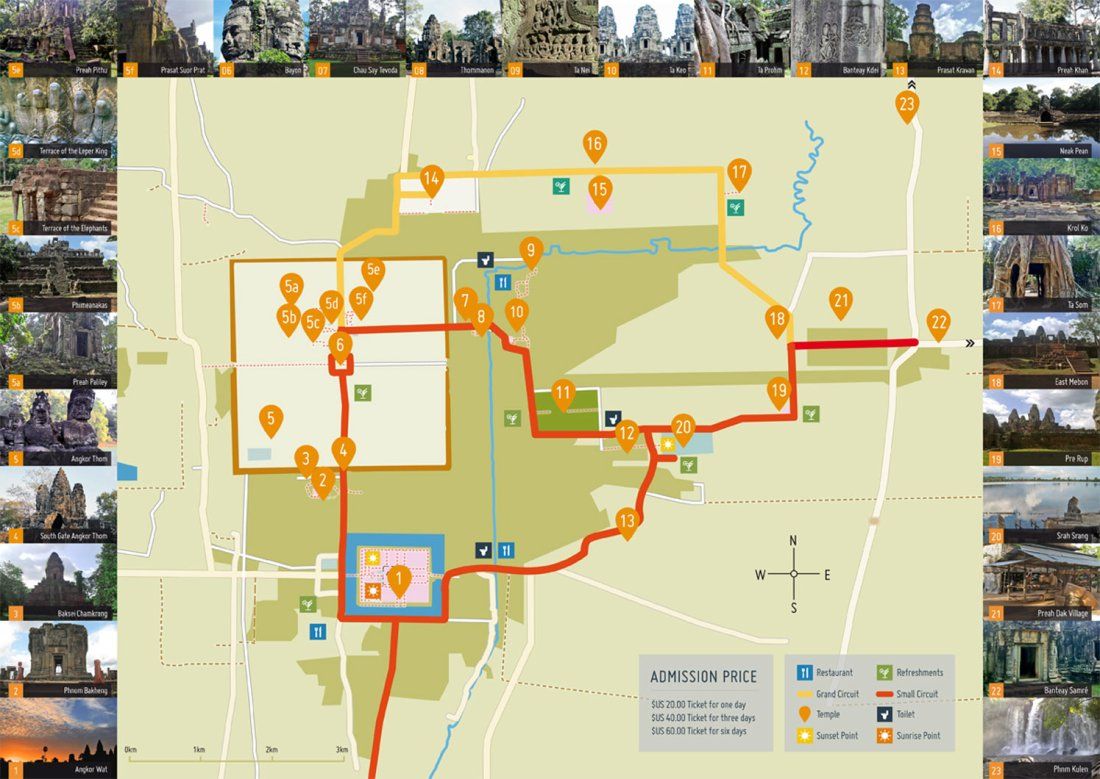