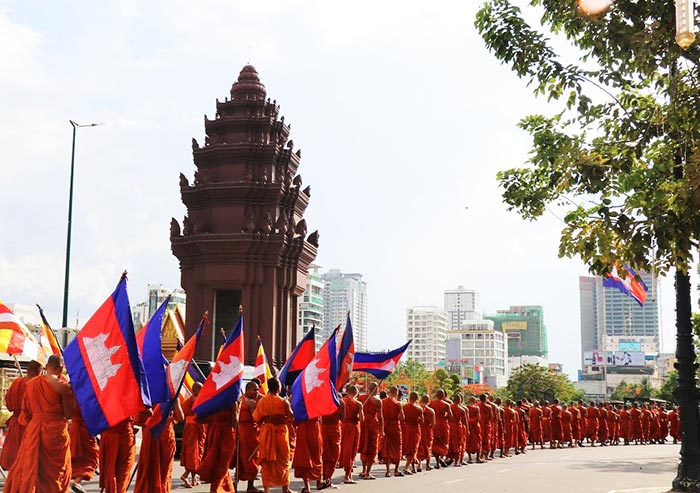 The faithful attend pagoda, make offerings and engage in kind and charitable acts and reverent behavior.

Royal Ploughing Ceremony (Bonn Chroat Preah Nongkoal)
Cambodia has a deep connection with the Earth and farming, and there is a deep astrological belief that the Ox has an instrumental role in determining the fate of the agricultural harvest each year. So the Royal Ploughing ceremony marks the beginning of the rainy season and the planting season. The ceremony is led by the King or other high official. Adorned sacred cows plough a sacred furrow and then are led to trays containing rice, corn, beans and other foods. Cows are given a variety of crops to eat. 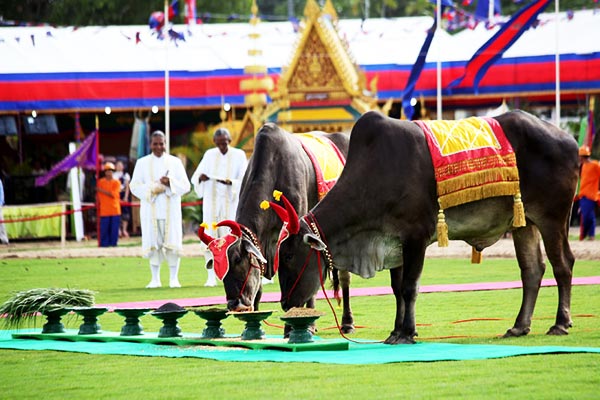 Based on the choices of crops eaten, predictions are made for the coming year's harvest. Ceremonies are usually held next to the Royal Palace, in front of the National Museum. For this festival both men and women can be seen wearing brightly colored traditional Khmer costume.

Birthday of the King
It is the birthday of His Majesty Preah Bat Samdech Preah Boromoneath NORODOM SIHAMONI's. During king's birthday, no festivities, only a giant firework display is held close to the riverbanks in front of the Royal Palace in Phnom Penh. 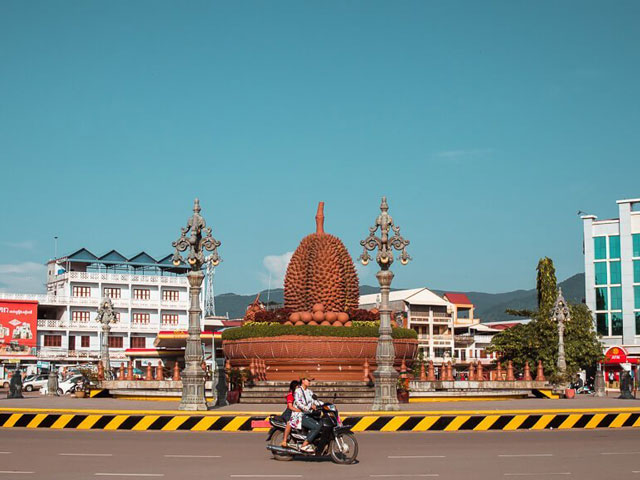 Cherish the Old world Ambience at Kampot during Cambodia Holidays 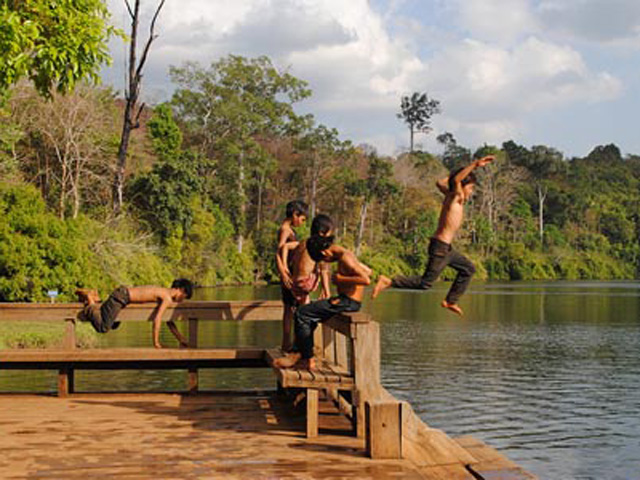 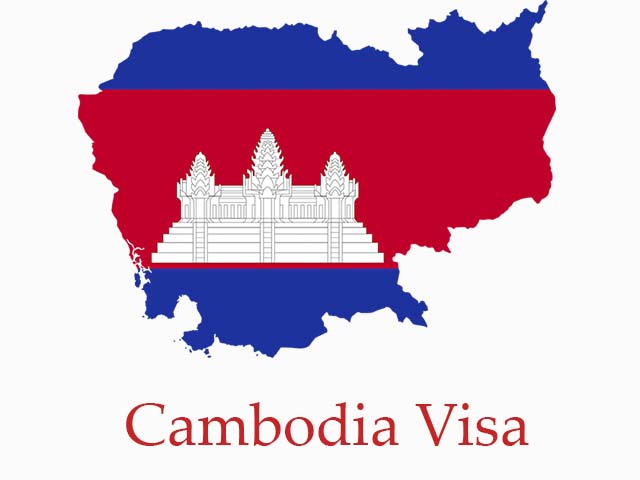 Update guide to obtaining a Cambodia visa
MOST VIEWED ARTICLES