Jun
2020
Why do you love Myanmar? A complete guide for your Myanmar tour

Since Myanmar is a country full of fascinating past and culture, it is gradually becoming an increasingly popular destination. There is much to know and explore about this country with ancient temples and pagodas, wild deserts and a new society that is gradually opening up to the modern world. This country, formerly known as Burma, voted in its first freely elected government in 2015, and opened its doors to tourists. 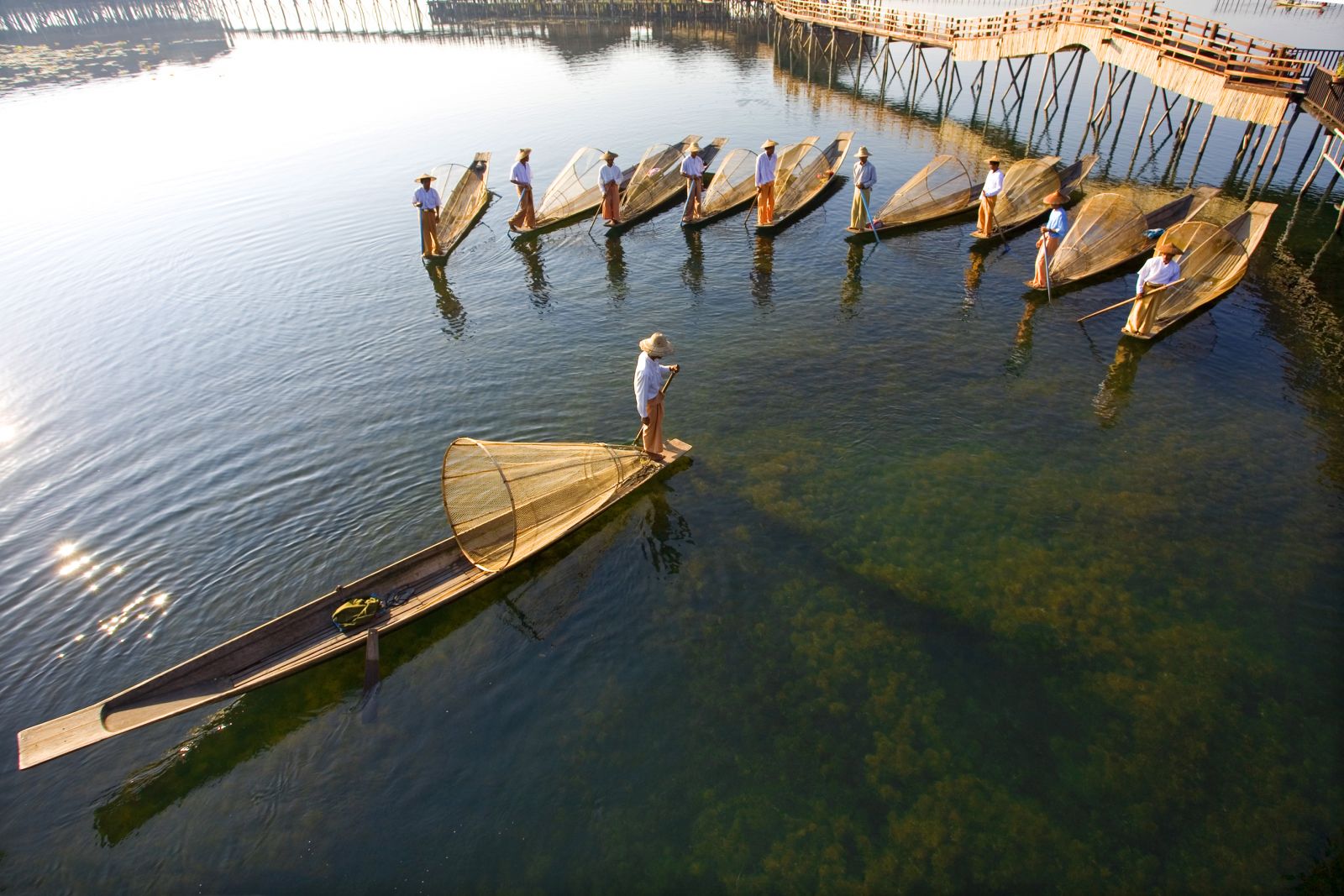 1/ What to know about Myanmar

Myanmar's history is extremely beautiful and is regarded as the land of temples and pagodas. If you want to visit temples, whether modern or old, the world possibly has no better destination than Myanmar.

Traveling around Myanmar is generally quite safe, with little to no violence or minor crime against foreigners. It’s necessary to show at least some degree of common sense. Yet there's nothing to discourage you from enjoying a nice ride as long as you keep your head straight.
While things in the tourist areas seem calm, there are still many areas in Myanmar with continuing armed conflict. Some places are completely forbidden for visitors, for example: Shan State in the northeast and Rakhine State in the northwest.

Festivals are, in most Asian countries, generally related to religious activities. On these festive days is a real treat, as the festivals always celebrated with music, parades, and worship, helping you to glimpse their history. This country's most famous festival is the Thingyan festival, which is the Buddhist festival that is usually celebrated from April 13-16. Everyone joins in for one big water fight during this festival which symbolizes the cleansing of sins.

In general, Myanmar is an economical country to travel to ... while not the cheapest country relative to countries such as Cambodia and Thailand. A budget of $30-35 a day is fairly good, which would include everything from modest housing, food and transportation. Finding an ATM was pretty hard a couple of years ago, but today you can find one in major cities but the ATM rates vary from $3.50-9 per transaction. Your best option will be to bring USD and Euros to make the exchange. 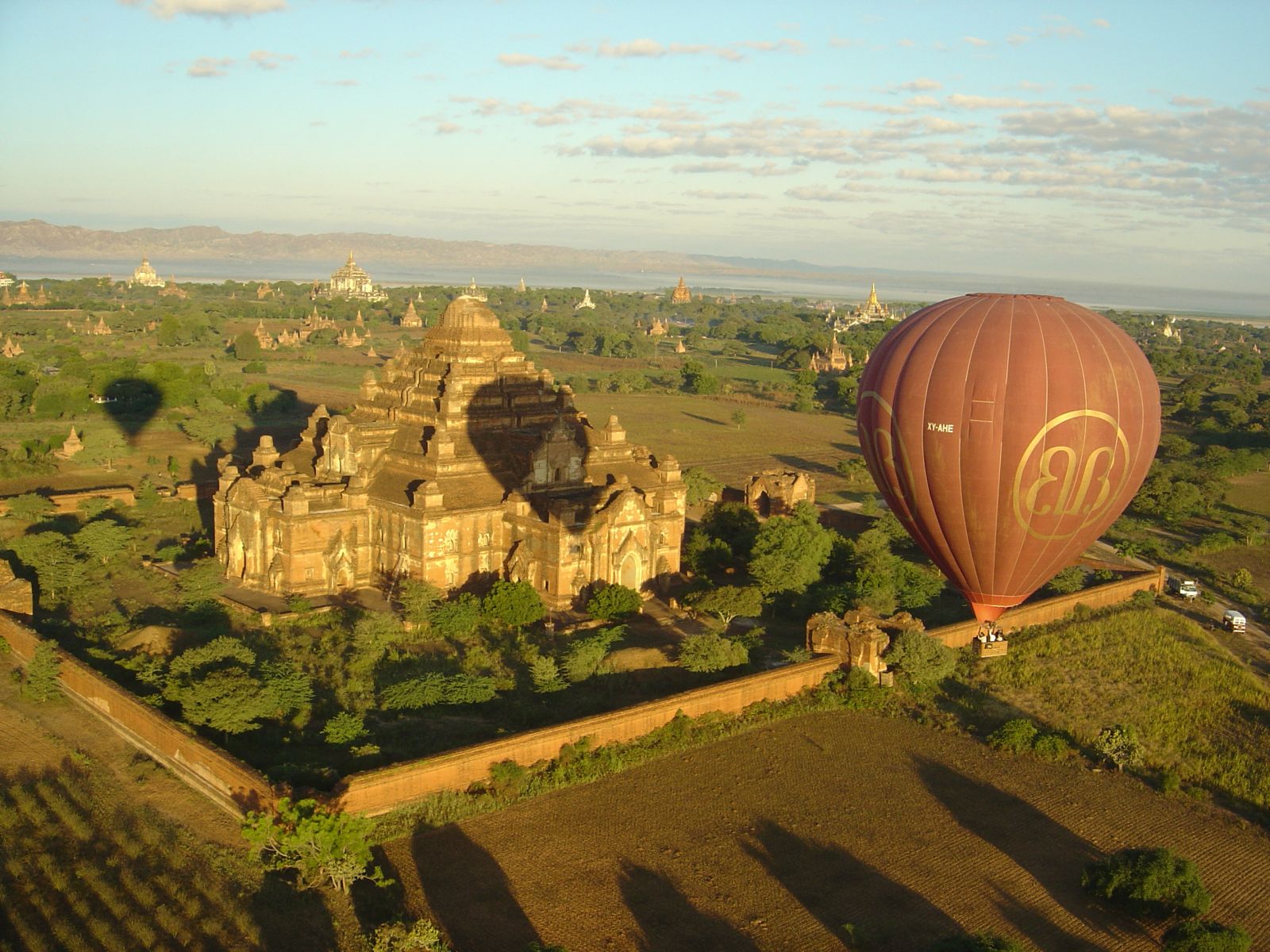 There are only two international airports in Myanmar: Yangon International Airport (RGN) and Mandalay International Airport (MDL)
From Europe, the US, Australia:
Because there are no direct flights from Europe, the US & Australia; in order to fly to Myanmar, the easiest way is to connect the flight to the regional flight center first, which can either be in the Middle East (Doha, Dubai,…) or in the Southeast/Eastern Asian (Bangkok, Hong Kong, Hanoi,…) Then transfer to you continued flight to Myanmar through Yangon or Mandalay Airport. The total flight time might take from 13 hours (from Europe, Australia) and from 23 hours (from the US).
From Asia:
There are many cities in Asia that have direct flight to Myanmar (Hanoi, Bangkok, Hong Kong, …) with various flight duration.

- By Bus: Traveling by bus is the simplest and cheapest way to get around Myanmar. Not using a private car, buses are the only way to transfer to some areas. Buses are cheaper and faster than trains. Most buses are for both passengers and goods. The passengers are usually to sit on the top of the buses, which are often behind schedule.
- By Trains: Traveling by train in Myanmar can be regarded as the most adventuresome option. The most reliable train route is the express way from Yangon to Mandalay and vice versa.
- By Flights: Myanmar’s airlines consist of many private airlines and Myanmar Airways, the State run. Note the two distinct firms are Myanmar Airways and Myanmar Airways International (MAI). For its excellent safety record and fairly new aircraft, we suggest Air KBZ. Avoid Air Bagan for its weak safety record of its old aircraft and Myanmar 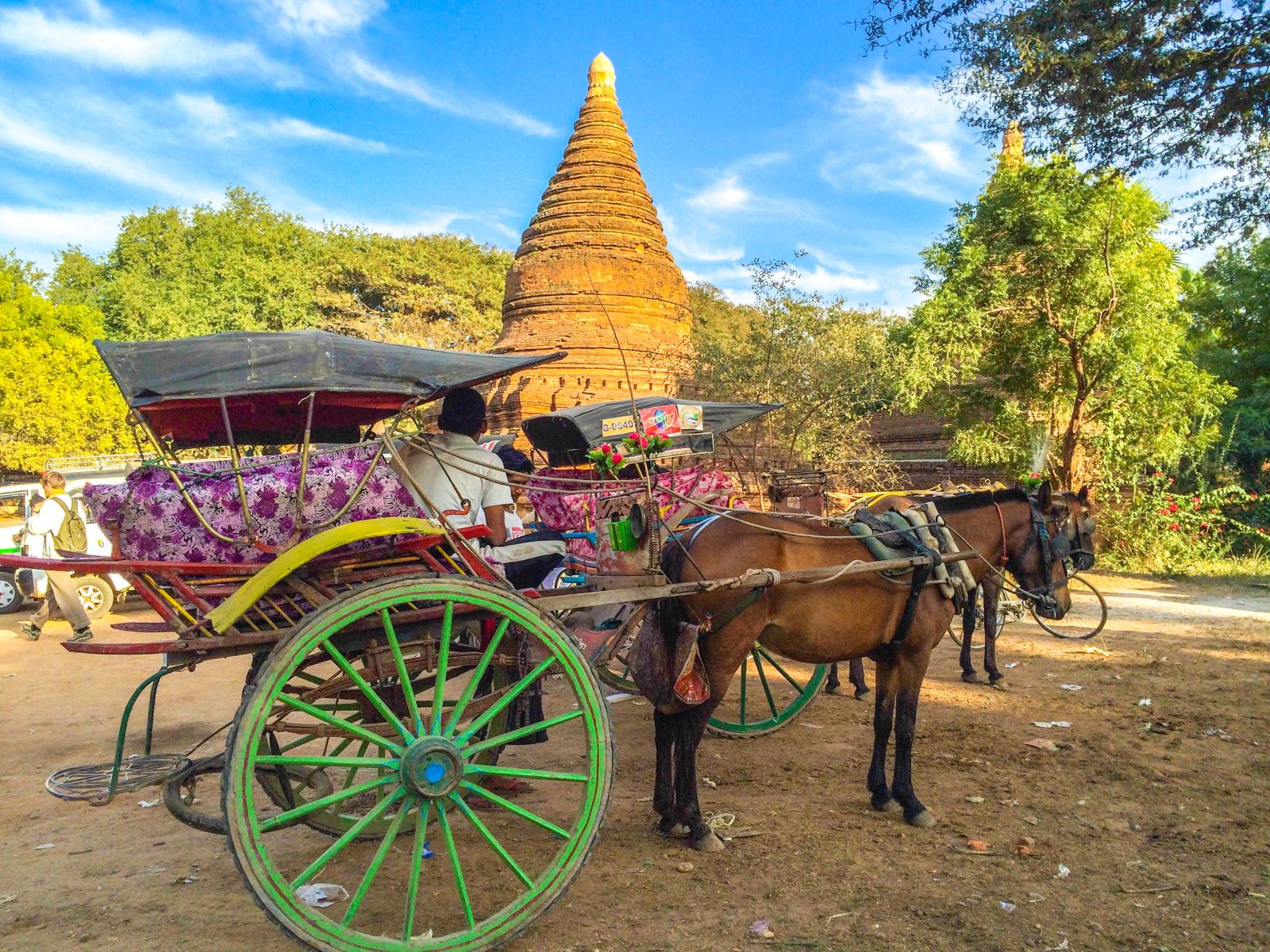 3/BEST TIME TO TRAVEL IN MYANMAR

Usually there are three seasons in which you can visit Myanmar: from November to February: dry, winter season; from March to May: humid, summer season; from June to October: muddy, rainy season.
- From November to February: It is then comfortably mild (25 to 30 degrees) but not too hot and the likelihood of rainfall is very low. In turn, this makes it difficult to access more accommodation options, which would mean having to book ahead or risk paying out for the more expensive options left over.
- From March to May: It's getting very, really hot in Myanmar beginning in March. Temperatures above 40 degrees Celsius are relatively common. But, it depends a lot where you want to go – if you're going to the east and north mountain ranges of the country then this is probably the best time.
- From June to October: The rainy season stretches from June to August and it will not be raining non-stop for days. Yet with fewer travelers, Myanmar won't be crowded. 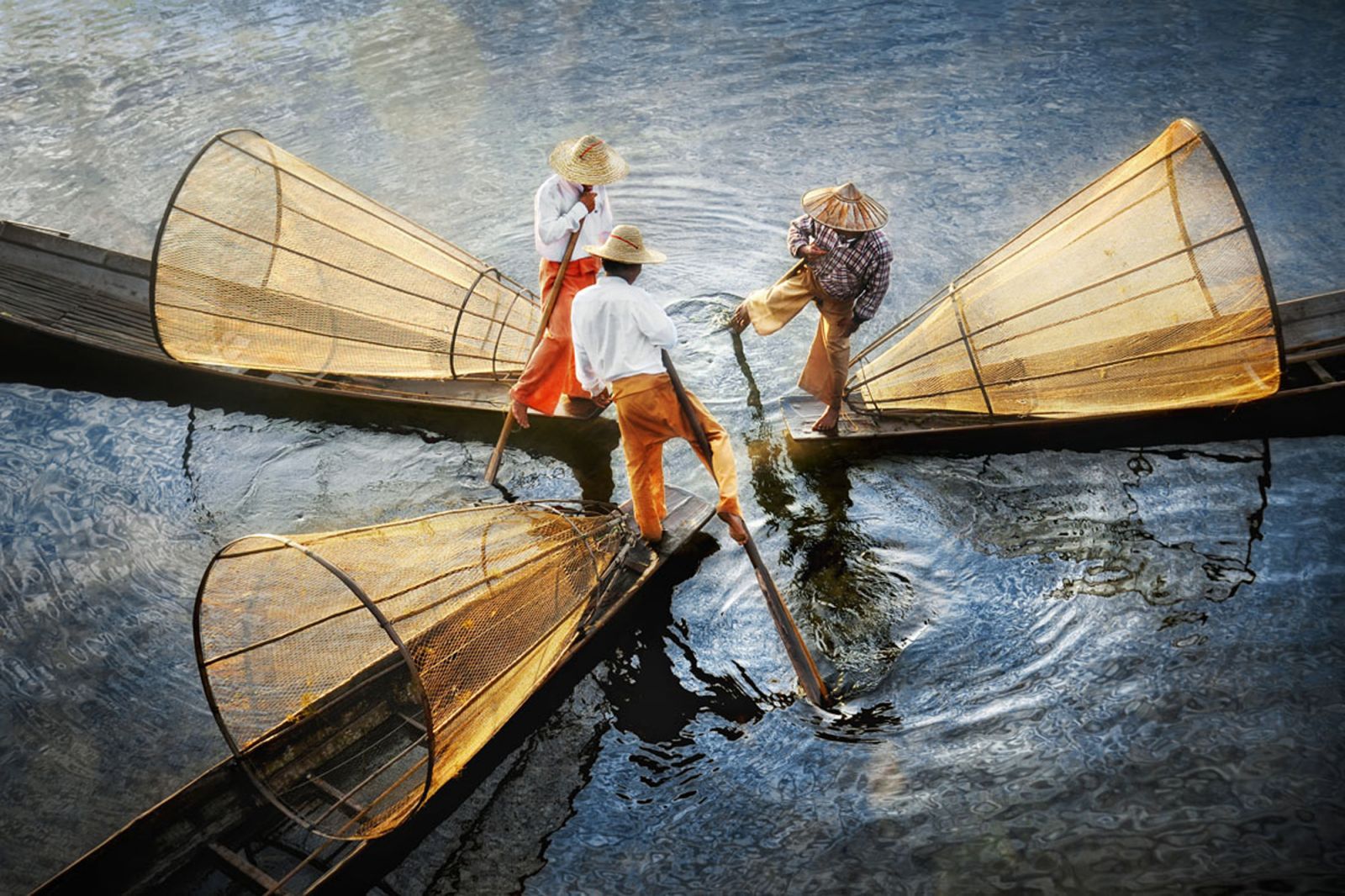 4/ THINGS TO DO IN MYANMAR

You're not going to be short on options for where to go in Myanmar. With good reason, the destinations of Yangon and Mandalay is both easily accessible and well known. The country is packed with everything from city discovery, multi- hikes, bike tours and river travel. 4 major must-see destinations in Myanmar are Yangon, Bagan, Inle Lake & Mandalay.

Yangon (formerly Rangoon) is no longer Myanmar's capital but is not short on sights. A city of British colonial architecture and urban buildings combined with the gleaming Buddhist temples and pagodas, you might be surprised how long you want to live. Highlights include the Shwedagon Pagoda, the colonial Kandawgyi Lake, the Chauk-htat-gyi Buddha Temple, which displays one of the largest reclining Buddha statues in the world. 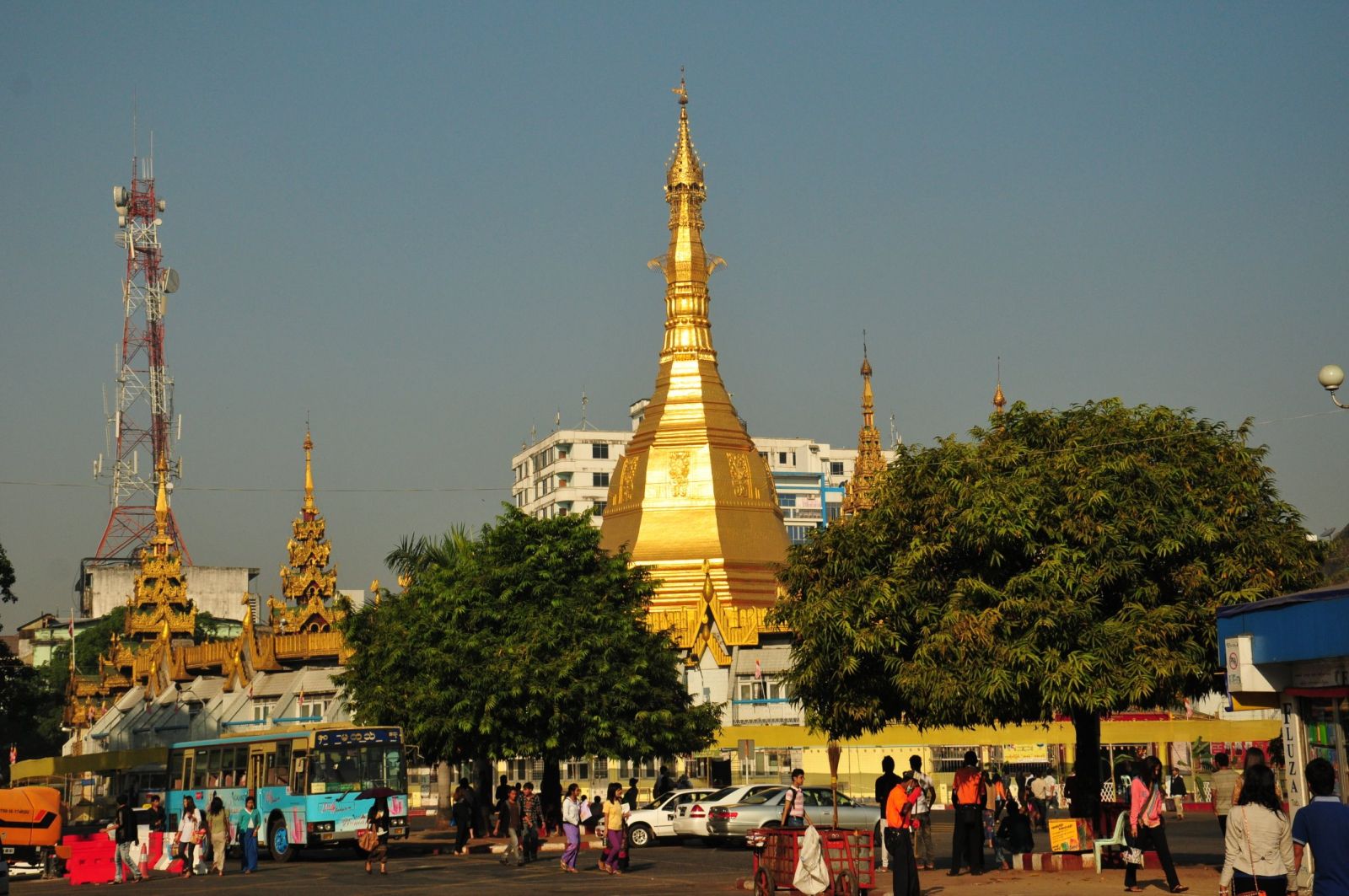 Bagan is a town full of more than 2000 temples constructed between the 9th and 13th centuries. Rent a bike for the day and visit as much as you can, and clamber sunrise and sunset temple heights. Many travelers stay in the temple grounds for two days and have some rest from doing so in the sun. Additionally, while a lot of people are missing this because of their budget, we recommend going for it because it is truly an opportunity once in a lifetime. See the clouds break up when you see a few other balloons floating above the horizon when you look around the ancient temples and ruins. Hot air ballooning is certainly one of Bagan's favorite activities to do, and is something that we highly recommend. 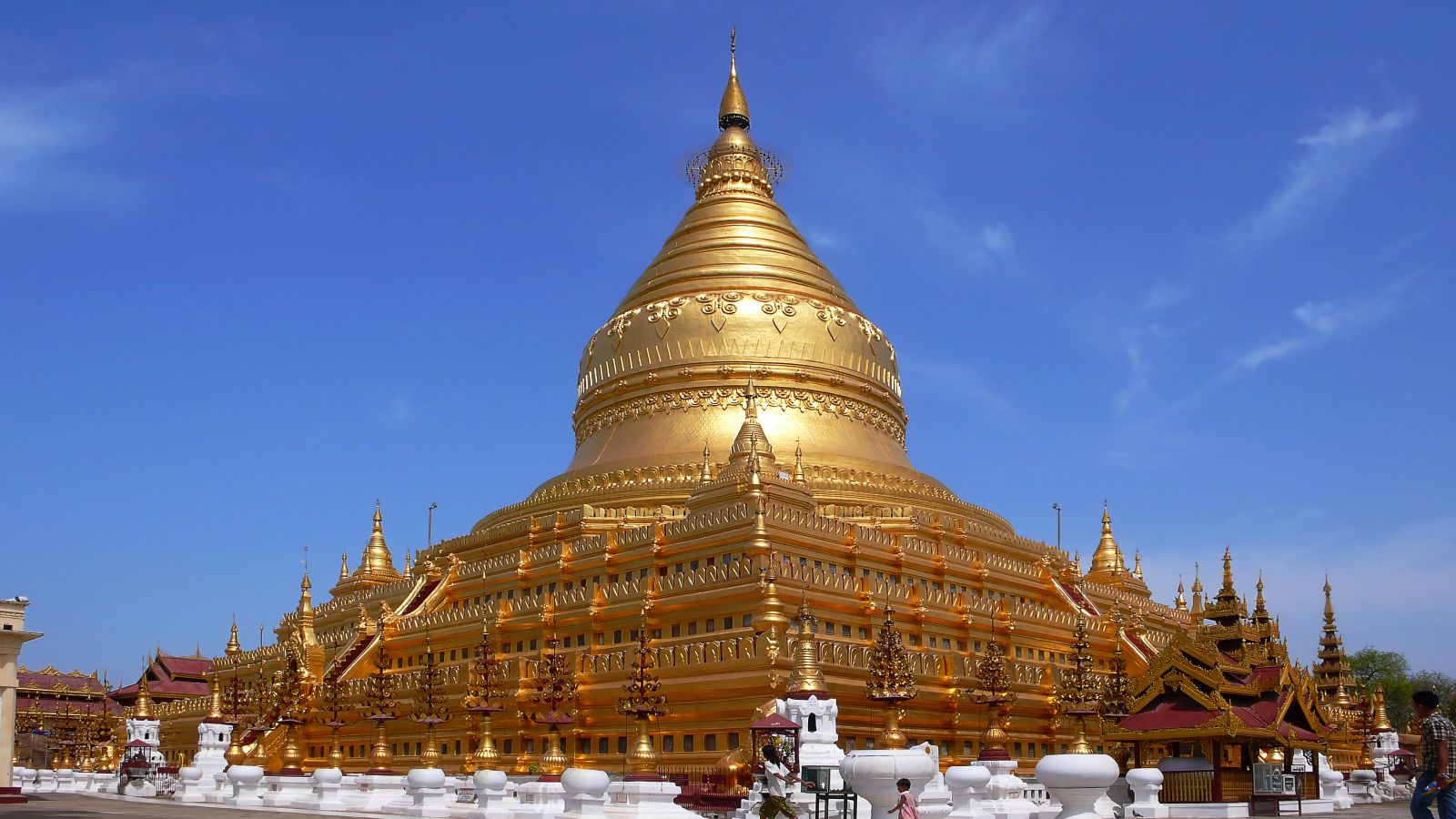 Inle Lake, Myanmar's second largest lake, situated in northern Shan State, is a massive water basin that sparkles in its silvery-blue hue.  It's a place where tradition remains as fishermen paddle using one leg to control the oar, floating gardens produce fruit and vegetables, buffaloes bathe in the muddy waters and weavers work in makeshift workshops. One of the most fascinating things to do in Myanmar is heading for a trek from Kalaw to Inle Lake. Not only are the landscapes beautiful, but the locals you meet along the way always make it worth walking from one small village to another. 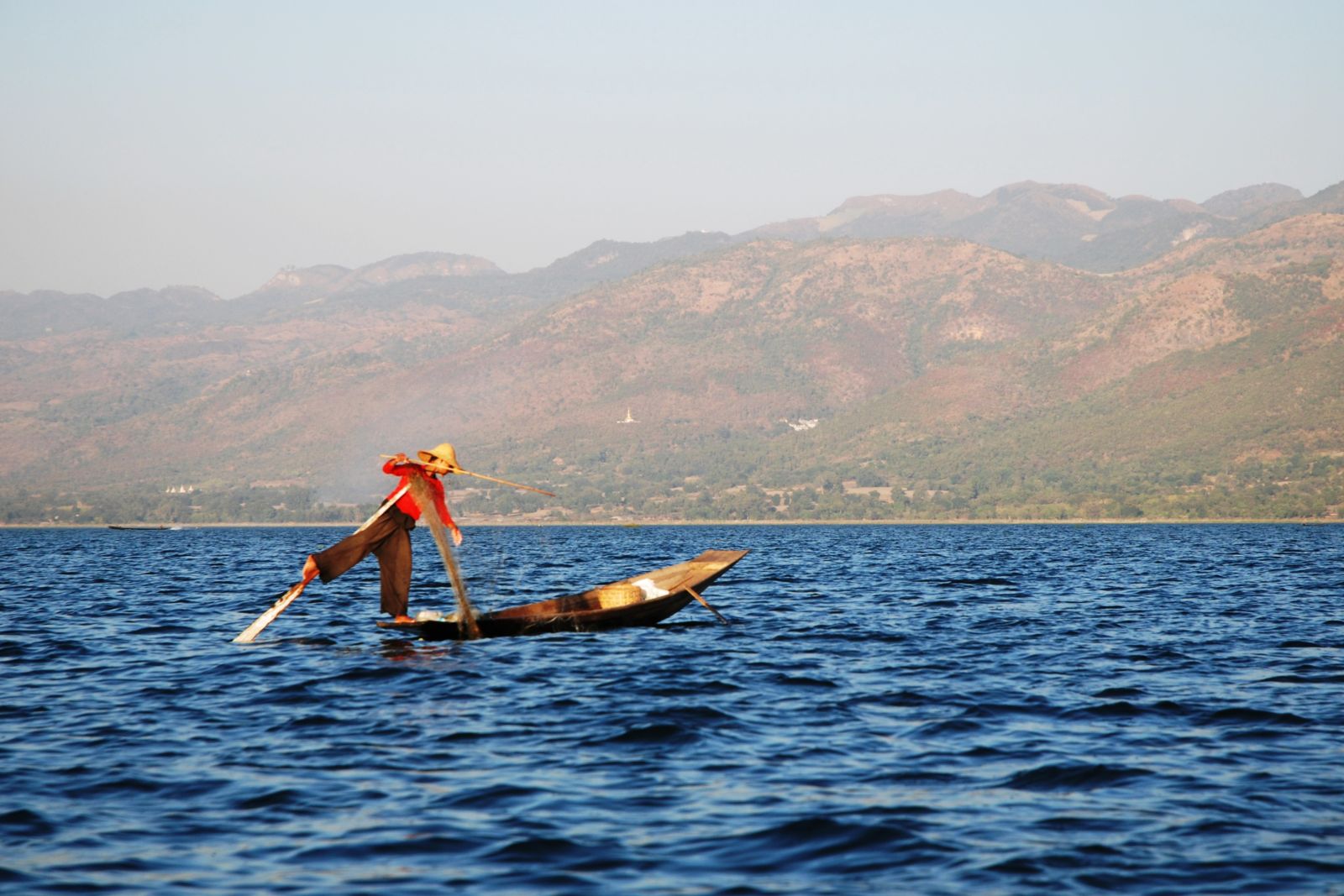 Photo: Fisherman on the Inle Lake!

Mandalay is the country's second largest city after Yangon, and the north's cultural centre. A busy, dusty city surrounded by mountainous plains and rice paddy fields in a river valley landscape, Mandalay is a great mix of urban exploration and country adventure. The sightseeing around Mandalay has plenty of great attractions to offer: Inwa, Amarapura, Sagaing, Monywa (not a well-known but very great destination), Pyin U Lwin, Mingun. Mandalay is the perfect base for visiting all of these locations. 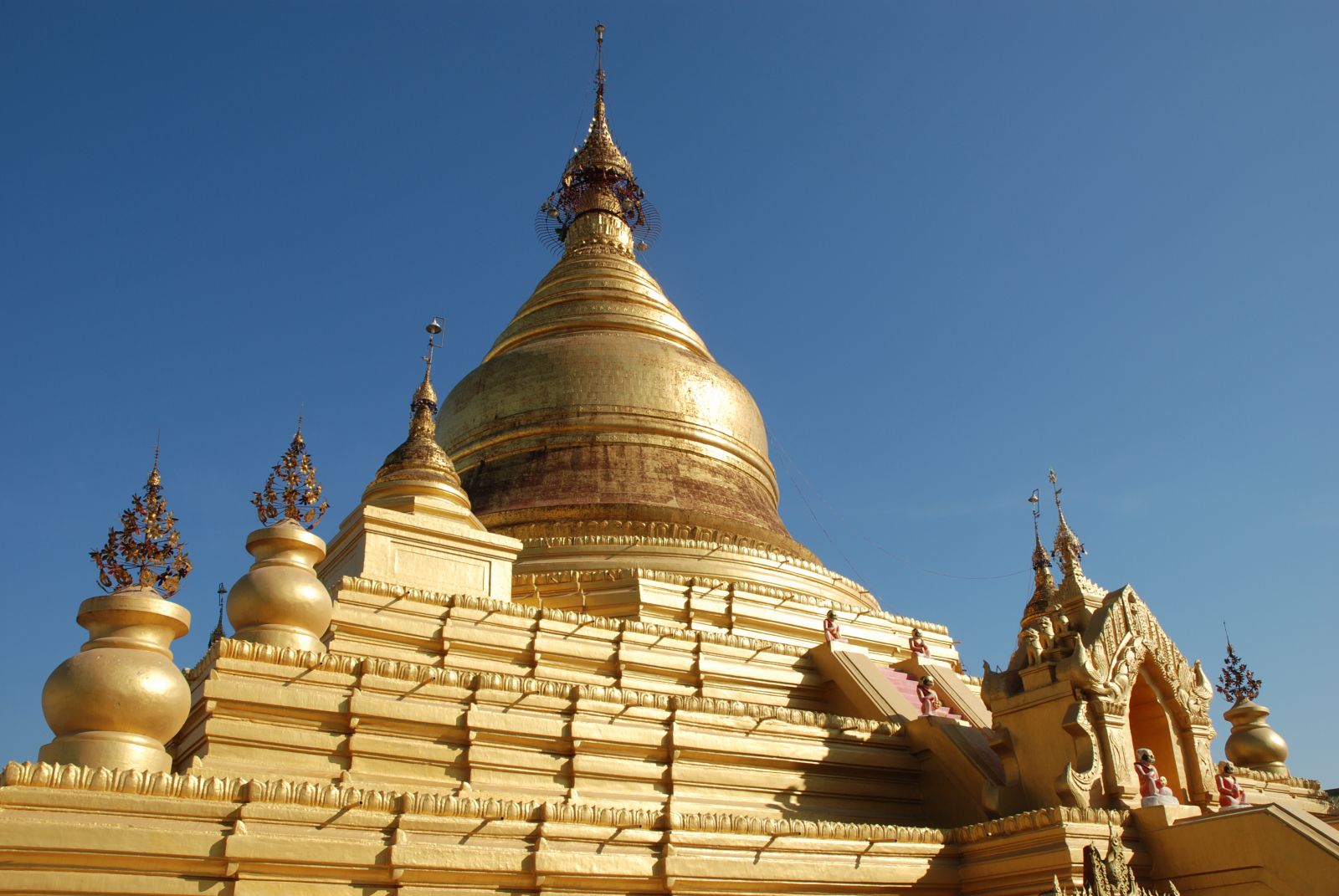 5/ WHAT TO EAT IN MYANMAR

Myanmar food culture is known for a wide and eclectic range of dishes that reflects the many different nationalities contained within the union. The cuisine is less spicy than you usually find in Southeast Asia; nevertheless, it is influenced by neighboring countries, including Thailand, India and, perhaps most of all, China – particularly in the north. In general, the local cuisine has a quite strong flavor but if you are used to Indian and Chinese food, you will find a huge amount to enjoy here.
Beside Myanmar food, there are many restaurants throughout the country serves Chinese and Indian food. Meanwhile Western food can be found in most hotels and some independent restaurants opening. The Burmese can offer you everything from a local food house to a Michelin star restaurants, except for fast food chains which are not yet available in the country.
Our pick: Shan dishes 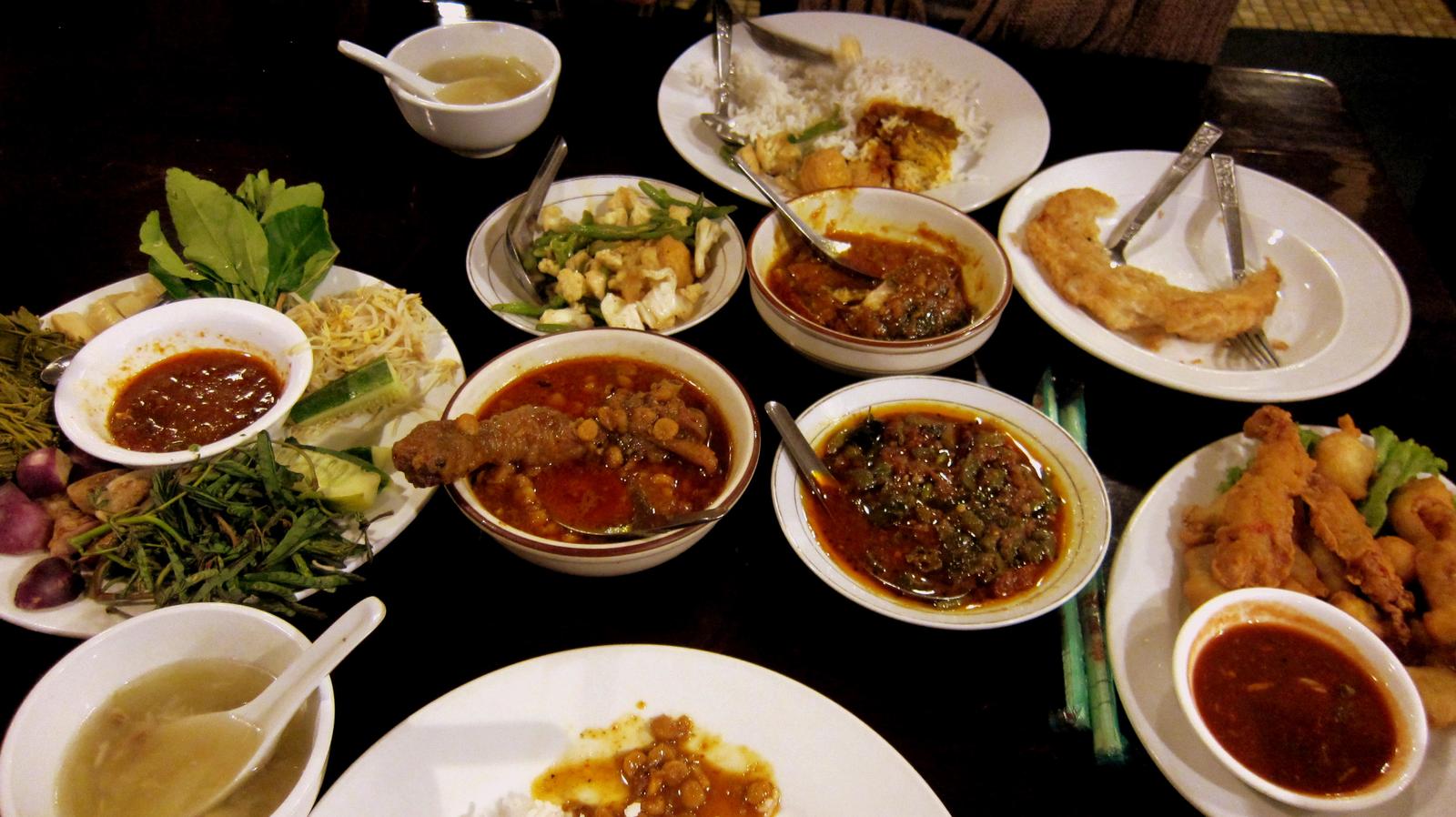 To enter Myanmar, you'll need a visa but getting one is really easy. You can apply for your visa online via the Myanmar Government eVisa website, which is eligible for 100 countries and is the most convenient route. With the visa you can stay in Myanmar for up to 28 days, but the passport must be valid for at least another six months upon arrival. All you need to do is to visit http://evisa.moip.gov.mm/ and fill out the application online, upload a biometric passport picture and you will obtain your visa by email no later than three days. The visa has to be written out and shown at immigration. The eVisa costs $50 and is to be charged by credit card when you apply. 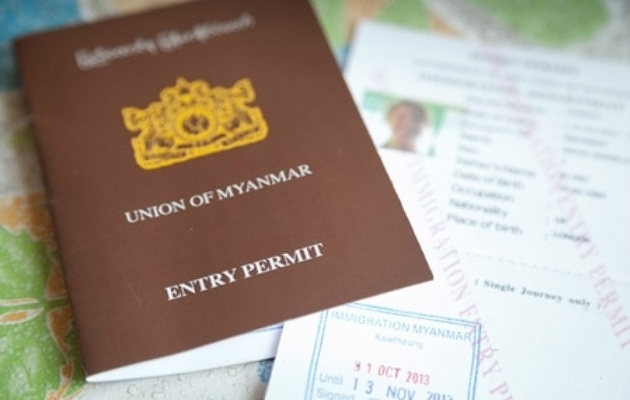 That sum up our complete guide for your next Myanmar tour package! We hope it helps you with your expectation and rise up the motivation to visit Myanmar. We would love to help you more with the detail planning and to create a head-start to your upcoming journey. Please feel free to leave us a message down at the comment section below or send us an email to help@threeland.com! 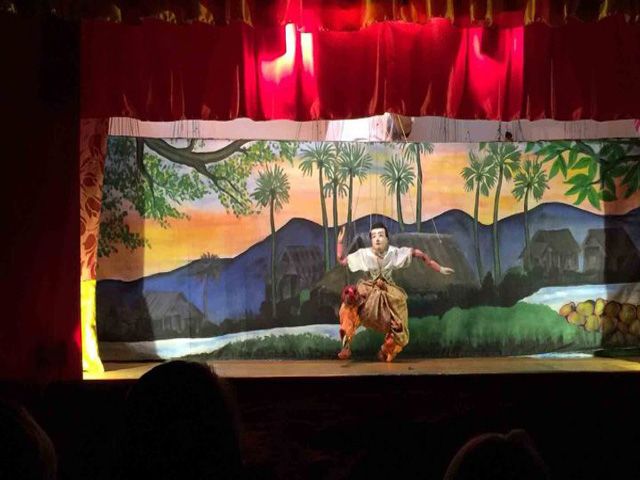 How to have an exotic night time in Inle Lake? 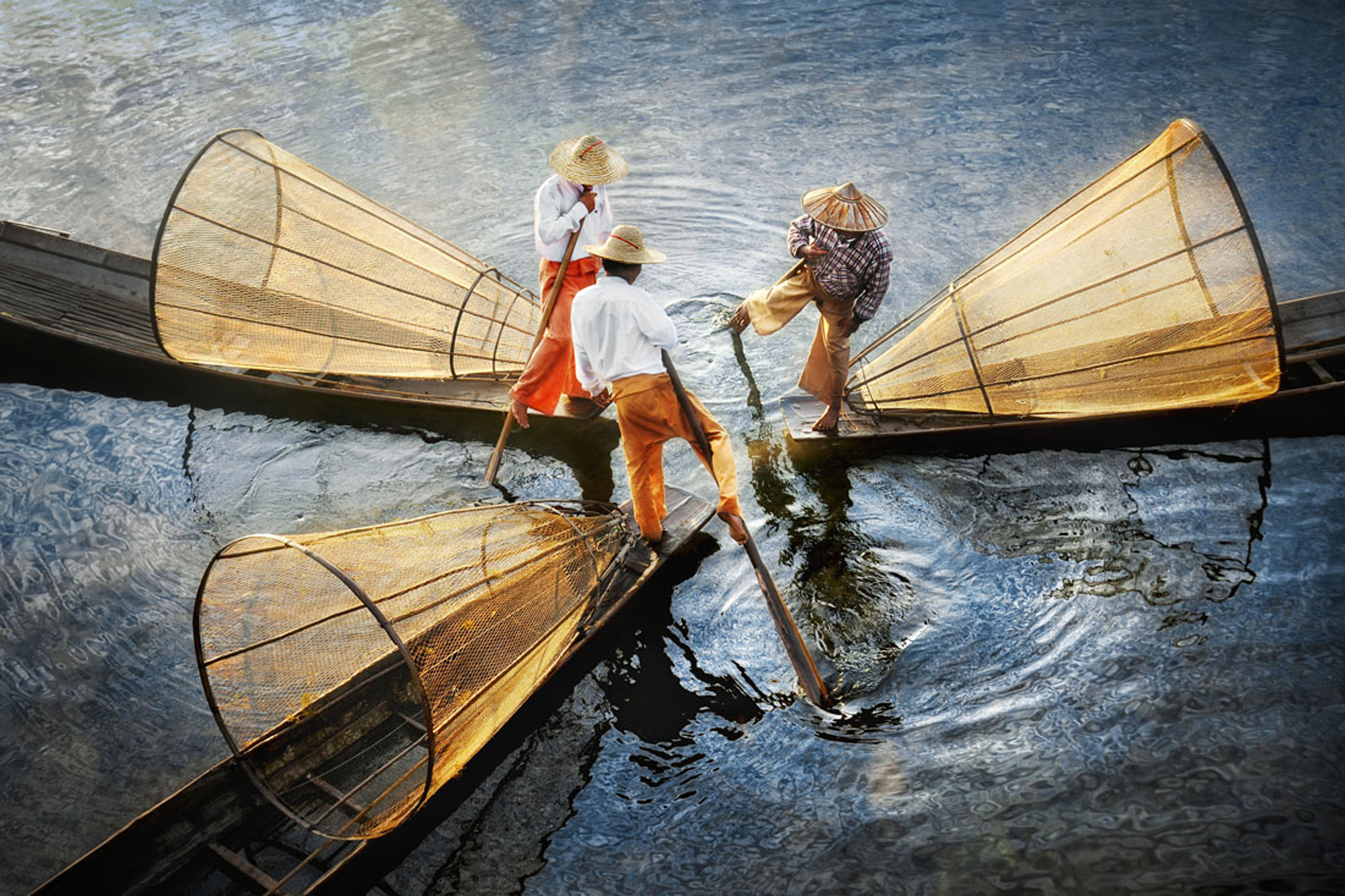 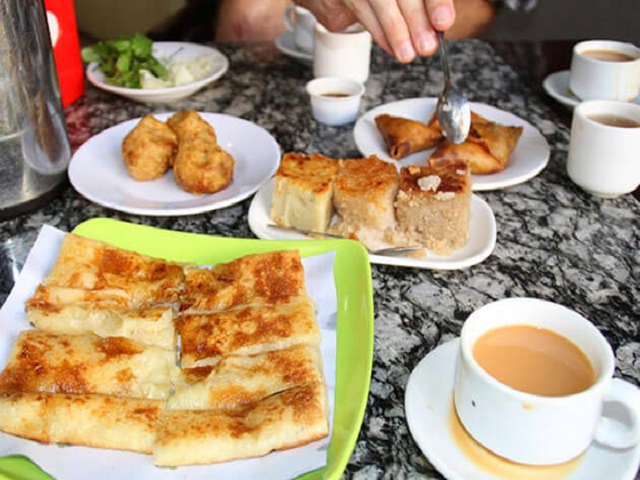